An excellence in step with the times.

The Company was born in late 1960s, when the founder VITTORIO PALAZZANI bought the first warehouse for the storage of mechanical spare parts in Palazzolo Milanese. In 1971 he established the new plant of CAR SpA – Costruzioni Autoricambi in Cazzago San Martino, near Brescia City. The success of the Company is closely linked to a shrewd strategy focused on continue innovation together with solid financial and capital stability, which drive its development.
The history and the growth of the Company coincide with the development phases of the Automotive sector: the production of vehicles, in Western Europe, went from 1.6 million in 1950 to 6.1 million at the beginning of the 1970s, which brought to the real revolution of the 1980s. This increase was characterized by a significant expansion of the product ranges offered by car manufacturers, always more oriented on the needs of every market.The company growth has been supported on the one hand by the need of almost one car for every two inhabitants and, on the other hand, by the ambition and the foresight of the Managers of the Company.
In 2001, after the merger between CAR S.p.A. and Inter Brakes, the Company changed its name in InterCar and linked to the OMR Group (Officine Meccaniche Rezzatesi), reaching a production of over 5 million discs a year.

> THIS LEAD DEFINITELY TO THE PRODUCTION BOTH FOR THE O.E. and O.E.S. MARKET

The Company InterCar made significant investments in technological innovation in the last ten years, with the adoption of fully automatic Alutherm®80, UV (Ultra Violet), Zinc Dust anti-corrosion painting systems. In 2014, thanks to the installation of a dynamometrich bench testing, the Company confirmed itself as one of the first high – tech companies of this branch. 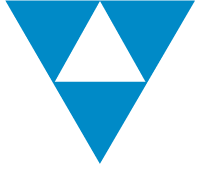